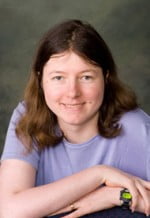 Joanna N. Lahey is an assistant professor at the Bush School of Government and Public Service at Texas A&M. Lahey studies age discrimination and how age relates to labor market outcomes. Her academic publications include “Becoming Oldest-Old: Evidence from Historical US Data,” “Predicting Older Age Mortality Trends,” both co-authored with Dora Costa, “Age, Women, and Hiring: An Experimental Study,” and “State Age Discrimination Laws and the Age Discrimination in Employment Act.” Lahey’s work has appeared on American Public Radio’s Marketplace and in the Wall Street Journal, the New York Times, and USA Today, among other publications. She earned her Ph.D. in economics at the Massachusetts Institute of Technology.

Will Better Access to Health Care Change How Much Older Men Work?

Dual-Eligible Medicaid Spending: Are We on the Flat of the Curve?