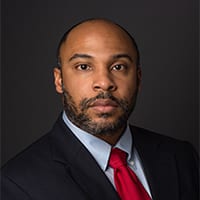 Jean-Pierre Aubry is the Associate Director of State and Local Research at the Center for Retirement Research at Boston College (CRR).  He oversees and conducts research and data collection, develops new analytic techniques for evaluating retirement benefits, and secures funding support.  Aubry, who is recognized as a leading expert on public pensions, has co-authored numerous studies that have received broad attention and is co-founder of the Public Plans Data.  He has presented to professional and academic groups such as the Municipal Analysts Group of New York, Moody’s, Standard & Poor’s, and the National Bureau of Economic Research.

Mr. Aubry also leads the CRR’s pension consulting unit, supporting states and localities considering pension reform.  In that capacity, he has performed large-scale pension analyses for the State of Connecticut and the City of Houston (through the Kinder Institute).  In both cases, the analysis played a central role in reform process.  Smaller projects include analyzing the Deferred Retirement Option Program (DROP) for the city of Philadelphia and its pension system, as well as building a simplified pension cash flow model for the Town of Queen Creek, Arizona.

Aubry is a member of the Boston Economic Club.  He received his B.A. in economics and psychology from the University of Pennsylvania and his M.S. in finance from Boston College.

Forensic Analysis of Pension Funding: A Tool for Policymakers

How Many Public Workers without Social Security Could Fall Short?

All CRR Publications by Jean-Pierre Aubry